The Cost of the CITES Trade Ban On African Rhino Conservation 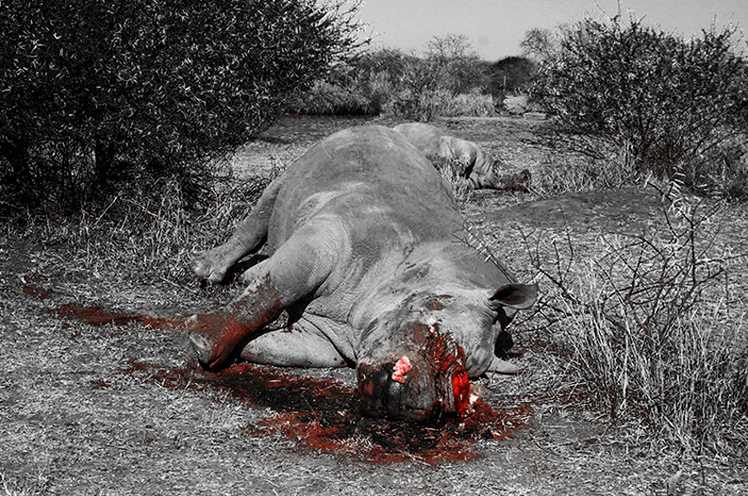 Despite the introduction of the CITES international trade ban in 1977, overall rhino populations have suffered severe decline. It is estimated some 100 000 rhino have been poached. Some 23 African range states no longer have rhino, and certain countries that still have rhino have populations of less than 100 animals and declining (refer to the statistics and maps supplied by Dr Mike Knight.)

All this despite attempts to reduce demand, improve law enforcement, and rhino protection projects costing hundreds of millions of US dollars across Africa. South Africa was relatively free of poaching until 2008. Since then, we have lost in excess of 4 600 animals, of which over 1 100 were poached on private reserves. A conservative calculation of the financial loss of animals killed on private reserves is R400m. Add to this the annual cost of rhino security on private reserves alone at an estimated R300m a year and allowing for a low-cost factor in 2008 to where we are today, an additional security cost of R700m can be added to the  value of animals lost. Thus private rhino reserves have lost over R1bn in direct loss plus the devaluation of the value of rhino due to risk and the lost progeny or breeding potential of animals poached. Regrettably, these private reserves receive no assistance from the state.

The reality is the trade ban has not worked by any reasonable measure and on the contrary has helped create a vast illegal market dominated by transnational crime syndicates that remain untouchable. Like the illegal drugs trade, will demand go away? As long as there is money to be made, the syndicates will drive any illegal demand, whether it be rhino horn, pangolin scales or even human trafficking.

It is estimated that the US government spends about $70bn on drug enforcement annually; despite this, drugs are freely available in all US cities. Not even the death penalty (as applied in certain countries) is a deterrent to the drug traders. The illegal killing of rhino is no different. Despite the number of poachers shot and killed or arrested, and despite our best efforts at huge financial and personal costs to rhino owners, the syndicates remain relentless.

At the CITES convention held in Bangkok 2013, I came across a poster where the success of white rhino conservation in South Africa was credited to the CITES ban! What an inaccurate and misleading statement. The success of rhino conservation in South Africa was driven by sustainable utilisation and the ability of private reserves to purchase excess animals from state and provincial reserves. We now find ourselves in a situation where population decline is a reality due to poaching.

In 2011, PROA addressed a letter to the Minister of Environmental Affairs requesting the lifting of the moratorium on domestic trade. During the Rhino Issue Management (RIM) public hearings, PROA again motivated a domestic trade module to be used as a template to the international community on how sustainable utilisation can be used through the sale of rhino horn to bring muchneeded revenue back to rhino conservation.

It is a total misrepresentation that certain anti-trade NGOs state that the private owned reserves wish for trade to make money. Firstly, we are already over R1bn out of pocket (ignoring the original investment costs, land use and management costs), and secondly, the private reserves hold the smallest volume of stockpiles after provincial and national parks, all of whom are in desperate need of additional funding to cover ever increasing security.

So we must ask the question: who will help cover these costs? In the current domestic and international economic environment, I do not see any billion-rand-a-year donor funding or government’s willingness to cover these costs. The suggestion of a tourism levy is naive and little to no tax rebates can be expected from the South African Revenue Service (SARS).

If we are allowed to trade in rhino horn, rhino will become the most protected and valuable animal in Africa. The value of horn exceeds gold and cocaine. Our plea to the member states of CITES attending CoP17 in South Africa from 24 September to 5 October 2016 is this: should South Africa table a trade proposal, carefully consider the motivation of our conservation experts, scientists, economists and individuals who are responsible for preserving and protecting 92% of Africa’s rhino on a daily basis. It would be the greatest travesty of conservation for the needs of one nation to be negated by the counter-vote of a nation that has no rhino but has been influenced by radical NGOs or advisors who are not directly involved in rhino conservation and have little understanding of this complex problem.

The greatest tragedy is the conservation polarisation on the trade debate. It has never been stated that trade is the simple or only solution; it must form part of a composite management plan that includes better law enforcement, international co-operation, community involvement and beneficiation, to name a few strategies. It goes without saying that we live in desperate times and we will be judged as much for what we did not do as for what we did do. This issue has been debated since 1992 in thousands of meetings, discussions and position papers, while rhino continue to be killed on a daily basis.

It is now time to stop talking and carry out bold actions to save one of the most iconic species in the world. If not, the negative impact on our image as a country – the loss of a species and no longer being home to the Big Five – is beyond comprehension.