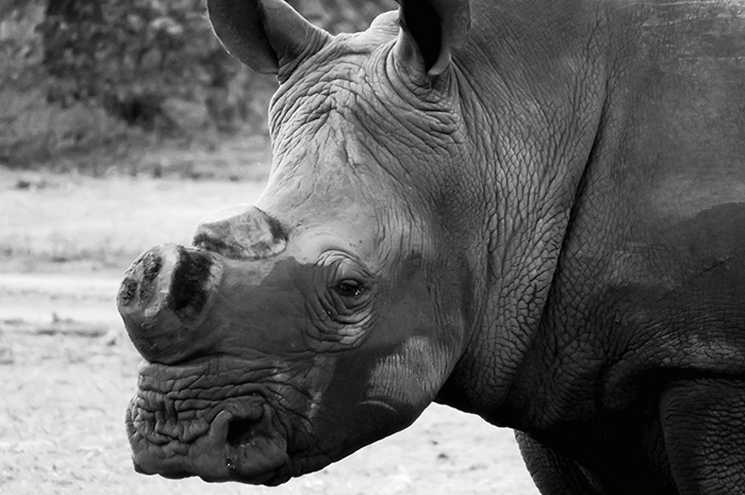 The sustainable use of rhino is a key issue in terms of promoting the socio-economic upliftment of the Balepye and Selwane communities in Limpopo. These communities have reclaimed the land originally taken from them (historically an area used for game-farming), which lies between Tzaneen and the Kruger National Park, adjacent to the Hans Merensky Nature Reserve. Various farm portions were redeveloped and consolidated to form a single 9 000ha area for tourism and conservation development. In partnership with private landowners, a 20 000ha private reserve has been created – one of the largest in the country – known as the Greater Balepye Nature Reserve. Having identified wildlife as the sector best able to support the aspirations of our communities, we asked government and the private sector to partner with us and focus on the sustainable use of communal land.

In 2013, government drew up a plan whereby we could consider ranching rhino as a viable economic activity. In our villages, about 70% of people are unemployed, so job creation is uppermost in our minds. Strategic partnerships with government and private investors, including WRSA members (the community is also a member of WRSA), will allow us to protect the national treasure that is the rhino while benefiting the broader community by selling a renewable resource, the horn, and protecting the animal in the process.

Currently, the only people benefiting from poaching (syndicates aside) are the poachers themselves – and this asset-stripping is robbing us of something that is rightfully ours. We chose WRSA as a partner because it was the only body with the reputation, skills and will to assist us with our initiative. WRSA rhino owners have mentored us and given us advice; farmers owning rhinos should indeed consider partnering with communities in their areas and exploring a similar business model, which will ultimately lead to greater rhino protection.

Communities that are invested in the survival of the species will be less likely to offer support to poachers in exchange for money. In fact, if similar projects are allowed to flourish in the country, we will be able to push back against rhino poaching and actually take the fight to the poacher. The wealth generated by the sale of the legal horn will go back to the communities for capacity building and revenues in the form of taxes will be paid to government. We would like to lobby CITES to legalise the rhino-horn trade as it will allow us to tackle the socio-economic ills that still plague our communities. This is but one of the issues underscoring our rhino conservation and sustainable game-ranching project, which will see the communities focusing on hunting, breeding, tourism and conservation.