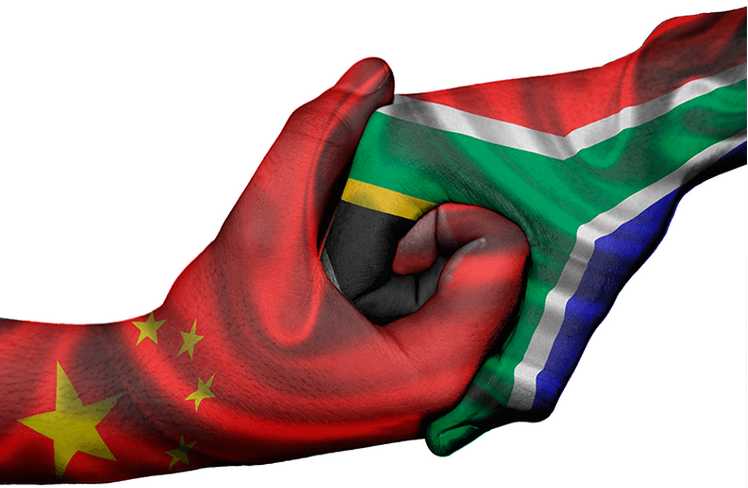 In 2014, about 1 500 horn-sets were sold from Africa to the Far East – that was the extent of supply and demand. Some 1 500 horns were sold and 1 500 bought. The trade was illegal, with all the profits going to criminals. It required the killing of 1 400 rhino and the other 100 horns came illegally from stocks. Astonishingly, South Africa can sustainably supply the market with 1 500 horns a year and satisfy demand without the need to kill one rhino. All the killing is actually absurd.

South Africa is considering putting a proposal to CITES to permit a legal trade – something that seems fundamental. To help the decision-making process, there needs to be a clear idea of what form trade will take. There are some important choices to be made. Astonishingly, South Africa can sustainably supply the market with 1 500 horns a year and satisfy demand without the need to kill one rhino.

At the one end of the spectrum is free trade, and at the other end is a highly controlled trade of a monopoly, selling to a cartel of retailers, that I like to call ‘smart trade’ because it would be a more astute effective way of reducing poaching. Free trade implies that anyone in possession of legal rhino horncan sell it to anybody wanting to buy. Most goods are traded in that  way and buyers benefit from the competition among the sellers.

Competition leads to lower prices and lower prices are good for the buyers. But in the rhino horn market, you do not want competition amongst the sellers if it leads to a drop in the horn price, because that will lead to higher demand, which cannot be satisfied in the long term. If you sell 3 000 horns a year at lower prices, you will run out of stock in five years. What then? Prices will rise and poaching will increase. We have 6 000 horns in stock, but they are not all in good condition.

A Central Selling Organisation, or CSO, that controls volumes and prices would be a better plan. The CSO can sell 400 horns a year from stocks, 300 from natural deaths, and 500 from farmed horn. That makes 1 200 horns. Some poaching will continue (perhaps 200 horns) and speculators will turn sellers of, say, 100 horns. That will mean a total supply of 1 500 horns, which will satisfy the market at US$60 000 per kilogram. That is the same position as in 2014. China should agree to be our partners in trade, subject to CITES first agreeing to trade. Why would they not prefer a legal trade? Nobody wants to accommodate criminals.

These numbers are conservative; we probably have the capacity to sell 2 000 horns sustainably. Private ranchers own 25% of the South African national herd and might be given a quota to sell 300 horns. They will pay tax on the profit. The other 900 horns should be sold by South Africa’s national parks and game reserves. Both the designated protected areas and the private sector are committed to helping communities along their borders to start farming rhino. Communities can be part of the overall quota, and they could both make a profit of up to R250m a year from harvesting horn, by far the most profitable enterprise available to them, at the same time as aligning their interests with the protected areas.

There will be no room for corruption. Cheques will be made out by the CSO to the designated protected areas and to the Private Rhino Owners Association (PROA) – and nobody else. The CSO will charge 3% commission on sales and 97% of the proceeds will be ploughed back into conservation. The CSO will be owned by government, but the management should be outsourced to skilled traders. It will be no more than an efficient broker. Sales could be held in a secure room at OR Tambo International Airport, Johannesburg. Parcels of horn would be offered to approved buyers at a set price, take it or leave it. Once payment has been made, the horns could be loaded onto an aircraft bound for China.

There is nothing new about this model – it was practiced and perfected by De Beers, which sold diamonds in this way for over 50 years. I have talked to the past leaders of De Beers about a horn CSO and they are enthusiastic about it; indeed, they are happy to help with advice.

There is scope for Namibia, Zimbabwe, Swaziland and other range states to sell through the CSO and to be shareholders in the CSO. The profit from trade for Africa could be R1.5bn a year. If we control the poaching, in 10 years’ time we should have 40 000 rhino as against the 20 000 we have now and we could be making profits of R3bn a year. Compare that with the current outlook for our rhino. At the current rate of growth in poaching – 20% a year – there will be very few rhino left in eight years’ time. The plan is for the CSO to sell to a cartel of retailers, probably the Traditional Chinese Medicine hospitals, or TCM hospitals, in China. Those hospitals will be licensed and, in terms of their licences, they will not be allowed to trade in illegal horn. There will be no opportunity to launder horn from the illegal to the legal market.

China should agree to be our partners in trade, subject to CITES first agreeing to trade. Why would they not prefer a legal trade? Nobody wants to accommodate criminals. The TCM hospitals are owned by the Chinese government, which would make a profit of some R1.7bn (US$144m) on the trade of 1 200 horns. They buy at US$30 000 a kg from the CSO, and sell at US$60 000 to the consumer. The Chinese government, being invested in the legal trade, will have an incentive to close down the criminal trade, and they will do just that. Having the Chinese government as a business partner is a critical advantage of ‘smart trade’. I have not mentioned Vietnam because it is my understanding that between 70-90% of the trade in Vietnam is in fake horn, which is of little or no consequence to poaching. I would be surprised if Vietnam represents more than 10% of total trade in genuine horn. After hundreds of years, the market has not suddenly moved from China to Vietnam. It is more likely that the Chinese have set Vietnam up as a trade route into China on purpose, so as to divert international criticism away from  China.

However, if Vietnam is a significant market, we can establish a retail cartel there as well. It can also buy from the CSO and the Vietnamese government can tax the legal trade, which will give it an incentive to close down the illegal trade. Given a ‘smart trade’, illegal horn is likely to trade at a 30% discount to the legal trade price. That is common in illegal markets and is because of the risk of being caught trading in illegal goods and punished. Add to that risk the risk that some of the horn in the illegal market will be fake, or poisoned, and the illegal price is likely to be at a 40% discount to the legal price. Lower prices for illegal horn will mean that the criminal trade will become much less profitable.

Current speculators, who are likely to be part of the existing criminal syndicates and who know the market, will turn sellers because prices in the illegal market will be set for decline. Instead of buying, say, 300 horns, speculators will want to sell, and even if they sell only 100, the turnaround will be 400 horns a year. That is very significant. Instead of encouraging poaching, the criminal syndicates will want to discourage poaching because it would lead to more horn entering the illegal market and devaluing their stocks.

With the price of horn having risen six times over the past 15 years, there are likely to be large speculative stocks. Given a smart trade, the poachers will struggle to find a market for their horn. They will be forced into a small space where there is little volume. In times of strong demand, the CSO can increase supplies. When demand is weak, the CSO can sell less. Having large stocks that it can access will be a great strength; it can limit demand to sustainable levels through the all-important price mechanism. In free trade, you cannot do that because you cannot control either supplies or price.

A monopoly selling to a cartel is unacceptable in most markets but it makes sense for rhino horn. CITES should find it more acceptable than a free trade. There will be much lower illegal prices and volumes, no speculators, no corruption, no laundering and a distinct legal channel. The result should be a regulated trade that lowers poaching and is of enormous benefit to the species and conservation.

If we used R1bn of the R3bn that we expect to earn in 10 years’ time to manage and finance antipoaching in Africa’s protected areas, we could turn 100 to 200 of these from declining to thriving. If you can control poaching in these areas and only that, they will thrive. With few exception, control of poaching is not happening at present and most of the protected areas are seriously underfunded. If you are sincere about the business of conservation and can use some of the proceeds of rhino horn trade to provide these much-needed funds it would be an investment of enormous if not incomparable value. What an opportunity! Some fear that CITES will vote against South Africa’s trade proposal. I doubt that. The ban is not working and has never worked and there is a compelling case for a smart trade.

But CITES is a highly politicised organisation and logic, and concern for rhino, may not prevail. That does not mean that we should not put forward a proposal for trade. If we believe that a smart trade is the right thing for rhino, then we need to have the courage of our convictions and submit a proposal. The main opposition to trade comes from the NGOs. There are hundreds of donor agencies raising money to ‘Save the Rhino’. Not one of them is pro-trade. Why? Perhaps a crisis suits them? It gives them purpose and money. Perhaps they are not looking for a solution? Donor agents have been influential at CITES but the world needs to understand their motives.

Smart trade is a simple and practical solution to the poaching problem. It is simple by design. Complexity destroys enterprise. It will not remove the need for law enforcement but it will reduce it and smart trade offers an extraordinary commercial opportunity for Africa’s parks and game reserves and for some of the local communities living adjacent to these areas. I think it is the best option, by far, for our rhino.