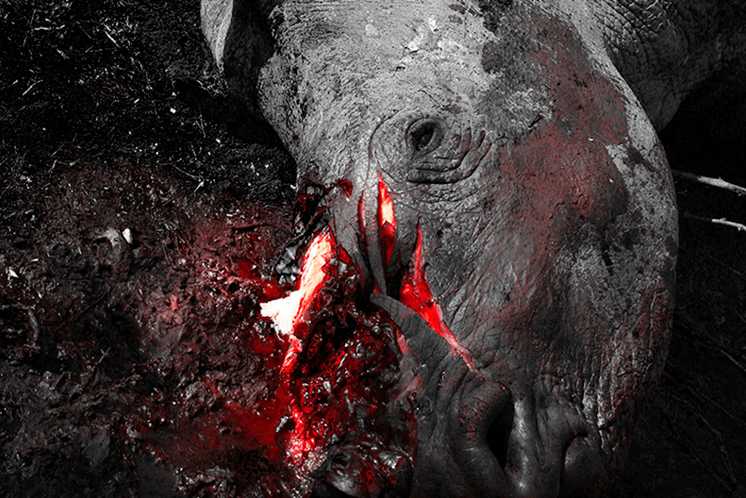 It should by now be evident that there is no single solution to addressing the growing illegal trade in rhino horn, in spite of some of the simplistic options promoted by genuinely concerned individuals sickened by the reports of appalling suffering by rhinos at the hands of poachers. Unfortunately, the strong case that is being presented for a legal trade in rhino horn is being seriously undermined by individuals and NGOs who are against any form of wildlife utilisation, including huntingand trade in animal parts, even if both are run to the highest standards of sustainability. Their arguments and criticisms come at a time when representatives of Africa’s range states should be showing a much more unified approach to recommending solutions to rhino poaching.

The continent’s national parks and game reserves should be at the forefront of efforts to guarantee the long-term security of species and landscapes, particularly threatened species such as black and white rhino, but their ability to do so is being seriously compromised by a major shortfall in financial support for virtually all of those designated and listed by IUCN. This highly unsatisfactory situation is compounded by a lack of political commitment to biodiversity conservation (regrettably to be expected when governments find it impossible to meet the most basic of service delivery demands). Added to this areinadequate law enforcement and the continued alienation of adjacent rural communities (the majority of whom are living in poverty) by punitive measures to protect wildlife, which in too many cases make little or no attempt to help these people develop alternative sustainable livelihoods.

Early in March 2015, a set of recommendations on engaging communities in combating the illegal wildlife trade (IWT) at the source was issued by a group of more than 70 researchers, community representatives, government officials, UN agencies and NGOs from five continents. The report recognised the central role of the communities that live close to wildlife in addressing and combating IWT, and made the important point of the paramount importance of responding to community rights, recognising the distinction between IWT and legitimate, sustainable use and trade of wild resources. The lesson here for all concerned with rhino poaching is that the engagement of communities is crucial for success in reducing poaching and the illegal wildlife trade.

Nobody can deny that the trade ban, which has been in place since the 1970s, has not stopped poaching, nor can anyone deny that the demand for rhino horn is higher than it has ever been, with pricesrising all the time – an indication that the product is becoming scarce and more difficult to obtain. We must expect poaching to continue increasing as poachers take much greater risks for their financial return.

If South Africa, with a GNP per capita 10 times higher than Zambia, has to turn to substantial international assistance to maintain its protected areas and conserve its rhino populations, what hope do other countries have without similar massive injections of cash?

Enhanced field security means we must expect poaching to continue increasing as poachers take much greater risks for their financial return. More, better-trained and betterequipped staff, as well as access to the new generation of advanced surveillance techniques such as UAVs, which are not cheap. All of these come at a massive cost, which drains already limited resources available to State-protected areas and private landowners.

These demands are unlikely to be reduced in the near future and, unless commitments are made to sustain enhanced security at this new level, the loss of rhinos will continue. In other words, with growing donor fatigue, this is not a sustainable option as there is no guaranteed source of income for rhino populations in most of the state and private land areas.

Could a strictly controlled legal trade in rhino horn offer a viable alternative to the existing policy thrust? No matter what punitive or prohibitive measures we introduce, rhinos and many other wildlife  species will continue to dwindle unless we have a fundamental rethink on the way forward. A legal trade in rhino horn deserves serious consideration as a new approach.

South Africa can and should present a very strong case to CITES for a legal trade that will benefit agencies responsible for protected areas, the private landowners with rhinos and the communities living adjacent to areas with rhinos, but can expect serious opposition from animal rights bodies and NGOs that have no responsibility for wildlife management.

Any legal trade in rhino horn will have to be agreed by a two-thirds majority at the next CITES CoP in 2016, and South Africa should be well prepared for this by initiating an international advocacy campaign on the benefits of a legal trade as soon as possible. We need to stress that the purpose of CITES is not to ban such trade, as CITES made abundantly clear in its strategic vision with the following wording: “Conserve biodiversity and contribute to its sustainable use by ensuring that no species of wild fauna or flora becomes or remains subject to unsustainable exploitation through international  thereby contributing to the significant reduction of the rate of biodiversity loss.” Thus CITES recognises that a trade in wildlife species is indeed an option for its conservation.

In summary, what would be the advantages of a strictly controlled legal trade?

• Rhino horn could be supplied without killing a single animal, as horns regrow and produce about one kilogram per year in males and 600g a year in females. As an alternative to an annual cut, horn can be shaved off in much smaller quantities throughout the year. More importantly, live rhinos would be more valuable than dead rhinos, which is not the case at present.

• The trade in horns would be brought out into the open, with transparency on horn prices. Linked to this would be the ongoing monitoring of consumer demand relative to supply, enabling the rhino ‘owners’ to respond immediate to changing market conditions related directly to consumer demand.

• Those who have rhinos on their land urgently need mechanisms for funding that are likely to be financially sustainable, and not having to rely on donations, which are fickle and unreliable. By becoming active market participants, those responsible for rhino conservation would be able to generate a substantial income from these animals that could be 100 times higher than that generated from domestic stock.

• Rhino horn stockpiles held by conservation agencies and private landowners could be fed into the market, removing the high costs and security risks associated with maintaining them. (More attention needs to be given now to managing these stockpiles to ensure that the horns do not deteriorate but remain acceptable to end-users.)

• A significantly increased and potentially ongoing source of supply should greatly reduce the incentives for speculative stockpiling by criminals, because a legal supply would deliver rhino horn more reliably and cost effectively than the illegal trade.

• A controlled legal trade should encourage other private landowners and, importantly, local communities, to obtain and maintain their own rhino populations, and to start breeding from them, which should have a significant impact on helping to increase rhino numbers. It is important to stress, however, that most proponents of the legal trade have drawn attention to the following:

• If the legal trade led to an increase in poaching, the legal trade could be either closed down or restructured. Serious proponents of the trade have never suggested that a legal trade would put a stop to poaching.

• Much of course will depend on how the legal market is established, because it will be essential to try to eliminate the laundering of illegal stocks, as legalising trade could simply create two parallel markets – legal and illegal – which will operate alongside each other. Michael Eustace has presented a proposal on how such a market could be established.

• No pro-trade motivations state that if there is a legal trade it would be promoted by the producers for its therapeutic properties – in other words, those promoting the trade have not said that they are doing so because they believe that rhino horn has medicinal properties.

• Furthermore, nobody from the pro-trade lobby has suggested that all remaining rhinos be ‘farmed like cattle’. With the anticipated increase in the number of rhinos on private land and in communal areas, much of the regular harvesting could occur there, with some being added from state-protected areas where animals might still be vulnerable to ongoing poaching threats, and ideally away from those parts most often visited by tourists.

Persisting with the present range of options will only be possible with substantial ongoing financial support (not just for Kruger National Park (‛KNP’ or ‛Kruger’) but for other areas too), and in the interim we will have to witness the further mutilation and killing of rhinos, the loss of life of game guards and poachers, and scarce human and financial resources being moved away from other priority conservation concerns. Surely the legal trade option deserves a resolute and more dispassionate and tolerant consideration as a sustainable solution if rhinos are to survive?