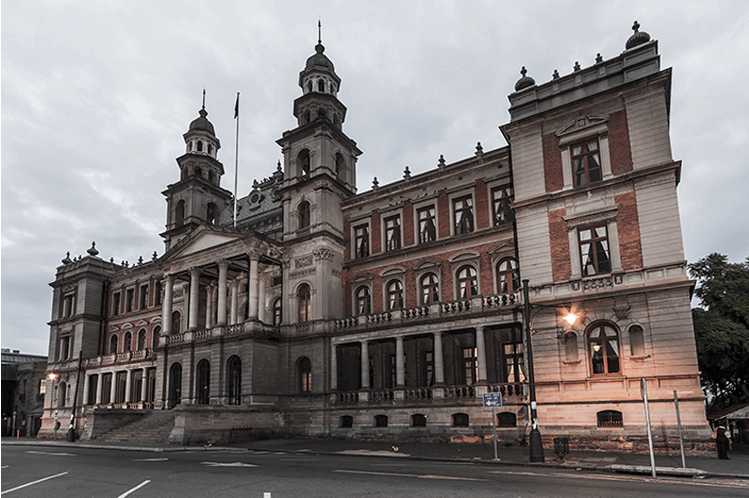 I have 1 153 rhino and they are very seriously threatened with extinction in the near future unless I can continue to pay for the project. After a recent spate of poaching incidents, my security costs have gone up from R640 000 to R3m a month and this is simply not sustainable. Even if I sold all the progeny after replacing those who died, I would come nowhere near to paying my running costs. The only feasible way to save my rhinos from extinction is to sell their horn – which is, after all, a sustainable, natural product that I need never kill a rhino to produce. This is why I am approaching the courts to do away with the moratorium and give me back my constitutional rights. Of course, dropping the CITES ban on the sale of rhino horn would be first prize. But this is not within the jurisdiction of our courts, unfortunately, and my belief is that our government will not do the necessary for the international community to rescue our rhino at the CoP meeting next year in South Africa. So we will have to make do with second prize, which is removing the moratorium.

On 13 February 2009, the erstwhile Minister of Environmental Affairs and Tourism, Martinus van Schalkwyk, promulgated a domestic moratorium on the trade in individual rhino horn and rhinohorn derivatives in South Africa. This moratorium was promulgated for the supposed purpose of addressing the alarmingly escalating incidence of rhino poaching at the time (2008 and 2009). The moratorium was purportedly implemented as a temporary measure in order to afford the said minister and his department the opportunity to investigate a longterm solution to the rhino poaching crisis. It is an unfortunate fact that, whatever measures have been implemented since February 2009, and whatever feasibility studies were conducted, or perhaps are still being conducted by the current Minister of Environmental Affairs, Edna Molewa and her department, the brutal onslaught of rhino poaching has spiralled out of control and the very survival of the species is at immediate risk.

Private rhino owners and the wildlife industry have historically adopted an accommodating approach to the minister and her department and this approach and subsequent working relationship have achieved positive outcomes for both the industry and the department on various fronts. This is, however, with the exception of the rhino poaching crisis. The principle of sustainable utilisation of renewable natural resources is entrenched in the South African legislative environment. More specifically, it is stipulated in the Constitution of the Republic of South Africa. This constitutional principle has also been carried forward into national legislation (the National Environmental Management: Biodiversity Act) and furthermore promoted in the Threatened or Protected Species (TOPS) regulations.

The moratorium therefore constitutes a material limitation on the constitutional rights of private rhino owners in South Africa and as such the Private Rhino Owners Association (PROA) and Wildlife Ranching South Africa (WRSA) have conducted extensive and ongoing negotiations with the said minister and her department in order to find a solution to the rhino poaching-crisis while still affording the private rhino owners their constitutional rights. Regretfully, the above-mentioned negotiations have not resulted in the alleviation of the rhino-poaching

crisis. At the same time and very ironically, the private rhino owners have been severely burdened with the horrifically escalating cost of anti-poaching and rhino security in their endeavour to protect rhino as a national heritage. It is as a result of the above-mentioned unfortunate process that the private rhino breeders found themselves in an impossible position, with no other option but to approach the High Court of South Africa in order to reinstate their constitutional right to generate a viable income from the sale of rhino horn as a renewable natural resource, to fund their ongoing war against unscrupulous rhino poachers. The court challenge was initially instituted by Johan Kruger, an individual wildlife rancher, during the year 2012. At that point in time, PROA and WRSA considered it prudent to abide by the decision of the court and with the specific intention and expectation that an amicable and workable solution would be found through diplomatic negotiations and co-operation with the minister and her department.

It is an unfortunate fact that such negotiations have yet to produce a tangible result on the ground and on the forefront of the war against poachers. The specific and horrifically increased incidence of poaching during the first half of 2015 finally served as a trigger to motivate the largest private rhino breeder in the world, John Hume, with support from WRSA and PROA, to intervene in the pending court battle between Johan Kruger and the minister. This intervention application was served at the end of May 2015 and the matter was initially heard in the High Court of South Africa, Gauteng division (Pretoria) on 15 June 2015. The minister opposed the intervention. The three judges adjudicating the matter found it appropriate to allow the intervention by John Hume, WRSA and PROA and expressed plausible insight into the urgency of the matter.

As a result, the matter was prioritised and all parties were ordered to abide by certain agreed time periods for the exchange of further court papers. The final court date for adjudication of the matter was set for 22, 23 and 25 September 2015. This in itself presents a clear indication that the seriousness of the rhino poaching crisis has escalated to the level of the judiciary and it is indeed comforting to have noted that the notoriously slow wheels of justice turned rapidly in this instance for the sake of finding a solution to this unfortunate crisis. Despite this court battle, PROA and WRSA have not discarded their diplomatic approach of negotiating with the minister and her department. Instead, the industry trusts that the minister and her department will approach the matter with the same level of urgency illustrated by the three judges of the High Court.

Notwithstanding the fact that the subject of a possible legal trade in rhino horn has for many decades been a controversial issue, South Africa should be able to find a solution to this crisis for the sake of survival of the species. The solution can only be workable if the principles of conservation, sustainable utilisation and constitutional rights of private individuals are balanced and integrated into a mutually beneficial plan of action. The court’s expected decision in September 2015 will hopefully guide such a plan.